World Sea Turtle Day (WSTD) is celebrated each year on June 16th in memory of the great Archie Carr, an American herpetologist, ecologist, and conservationist who first brought attention to the world's declining sea turtle populations and is widely known as ‘the father of sea turtle research’.

This year, Sea Sense celebrated WSTD in Songo Songo, an island community in Kilwa District, which is rich in marine biodiversity. A network of coral reefs and seagrass meadows provides important habitat for five species of marine turtle (green, hawksbill, loggerhead, olive ridley and leatherback) and a small population of dugongs. Unfortunately, recent reports from Kilwa indicate that fishers are deliberately catching sea turtles for their meat and oil and no actions are being taken by law enforcement authorities, despite these species being fully protected under national fisheries legislation. For this reason, Songo Songo was chosen as the location for a community education and outreach event on WSTD, which was organised in collaboration with community leaders and local fisheries managers.

The event kicked off with a series of fun games and challenges to encourage participation, including a ‘tug-of-war’ between groups of women seaweed farmers. Unsurprisingly, this pulled in the crowds! The main event incorporated songs and drama performed by community artists. This kind of peer-to-peer education is very effective for delivering conservation messages as it ensures that messages are accessible to the community and provides opportunities for social learning. The songs and drama highlighted threats to sea turtles, the impacts of illegal fishing practices on coastal livelihoods, community roles and responsibilities in biodiversity conservation, and national laws, regulations and penalties related to sea turtle poaching and trading networks. Following the song and drama performances, the audience engaged in a debate, which was facilitated by Salum Mapoy, the Sea Sense MC. It emerged that many community members knew that eating sea turtle meat was illegal but were unaware of the penalties for doing so. During the debate, the village government and community fisheries managers were urged to take action against anyone caught fishing or eating sea turtles, which indicates that the WSTD event had some early impact on local attitudes towards sea turtle conservation.

Highlights of the event were broadcast online as part of a WSTD celebration organized by the Secretariat of the Indian Ocean South-East Asia Marine Turtle Memorandum of Understanding, to which Tanzania is a signatory state. Sea Sense was very proud to represent Tanzania at this event, which you can watch here. 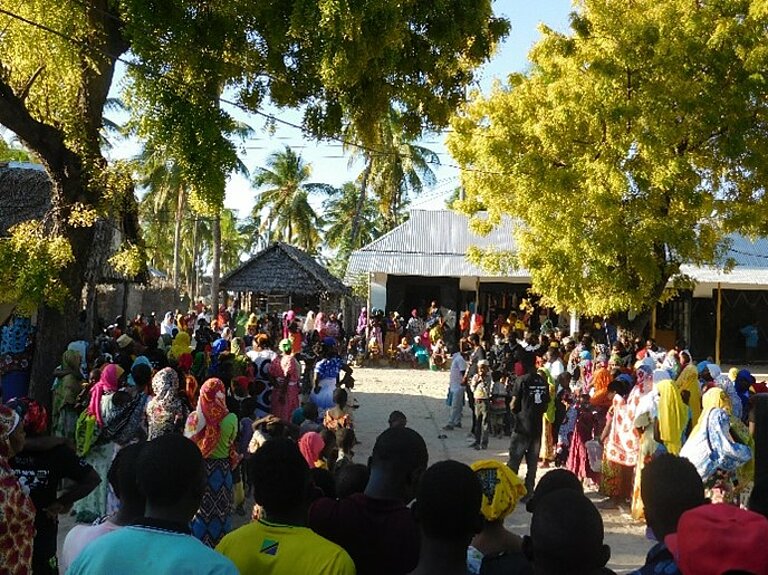